This morning I took a first time visit to Burton Mere on the Wirral which has loads of waders, some I haven't even seen before. 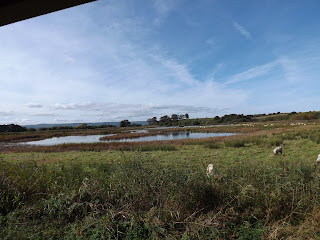 I did indeed enjoy watching the birds feeding off their feeders, especially the Chaffinch. As I continued walking I arrived at reception and when I looked out of the window there was a group of feeding Black Tailed Godwits. I also met a very kind and helpful man called Austin, who gave me loads of help and plenty of advice of what was lurking around at the moment. 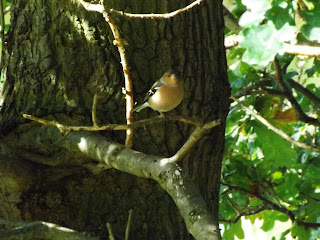 When I arrrived at the last hide to visit, I noticed a wader wich had an extremely long bill. And so when it turned around I noticed that it was not a Black tailed Godwit it was infact a Bar Tailed Godwit, a first for me. 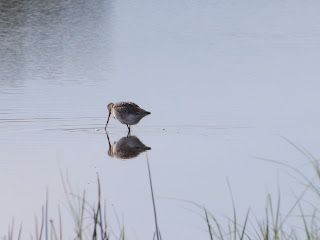 Closely followed by a beautiful Ruff. 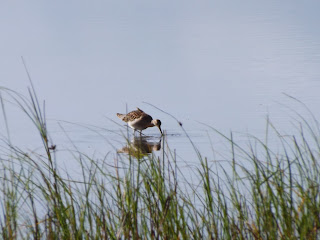 And then after ten or so minutes they joined together and had a massive feed. The brightest white birds I saw today was a lovely pair of little Egrets, but sadly I could not get a picture. I also noticed a few Snipe roosting in the newly cut reed beds. 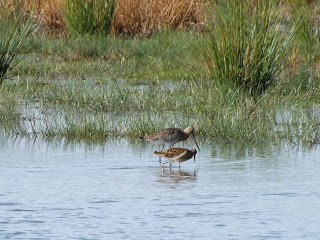 On the way back to the car I spotted from the corner of my eye a female Merlin sitting happily on a fence post - I managed to get a picture. The Hen Harrier was also there. I did get a picture of that too, but it was terrible (really the picture was just a brown blob). 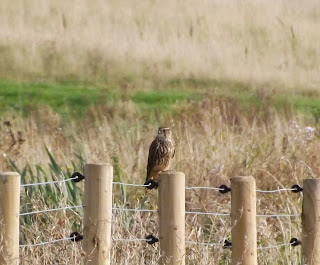 When I looked up into the sky there was a Buzzard being tormented by Carrion Crows. 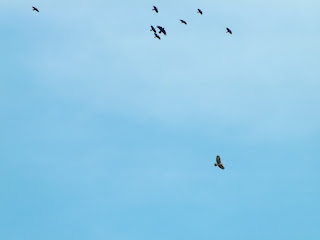 There was even one Buzzard waiting for me just behind the fence when I got home, which I got a splendid picture of. 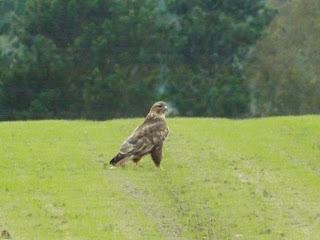 A very interesting day of birds, with some nice new ones to study and enjoy.  There are lots of great pictures on the Burton Mere facebook page (we promised Austin we would put a link on).