South Stack and the Menai Strait

I have really enjoyed this weekend away as I have enjoyed playing with my friends and of course birdwatching.﻿ Having a field next to the cottage meant my friends and I got to jump on top of the bales. 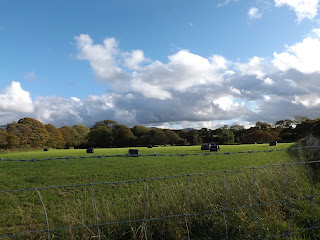 Due to all the rain we have had, the river has next to the cottage was flowing really fast. The are high mud banks further down the river which are perfect for Kingfishers, but I never even got a glimps of one. 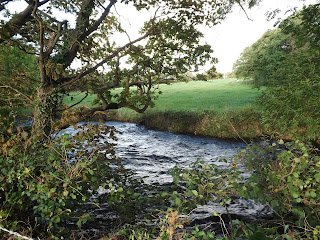 The first full day of the holiday was when I visited South Stack and unfortunately, because the colonies of birds have pretty much finished breeding, the cliff ledges were empty. 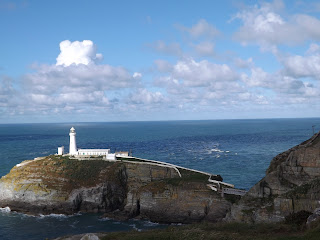 The views were as spectacular as ever though. I did see a Meadow Pipit and a grassy field full of Oyster Catchers. 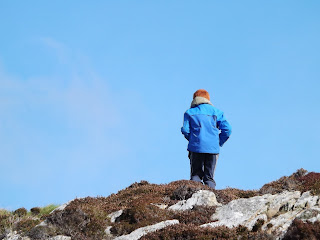 The one bird that was good that I did see was the rarest bird in the crow family in this country, a Chough. Richard, I did look in the fields off the minor road, but they weren't there. There were quite a few flying over the cliffs though. 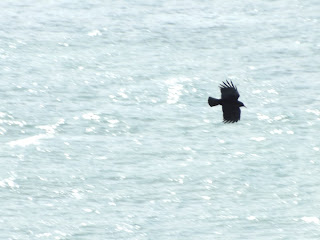 Here is a picture of the view from the top of South Stack, a great shot for Sky Watch Friday. 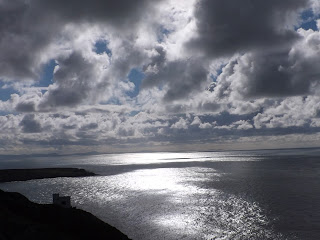 After SouthStack I visited the Menai Straits where I saw loads (mostly Ostercatchers) of waders such as Curlews, 1 Whimbrel, a single Redshank, plenty of Litttle Egrets and other stuff as well (which I will mention in my blog tommorow). 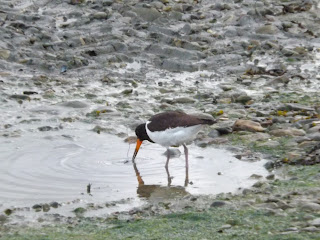 As you can see in this picture the Oyster catcher had caught a mussel. Oyster Catchers are my Dad's favourite birds. 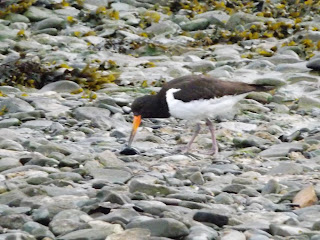 There were some lovely little bays near South Stack. 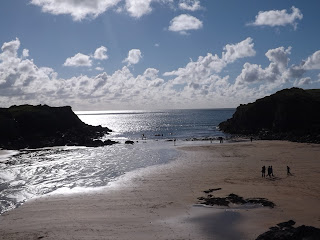 And the after a warm sunny day, I was very surprised in the night when it was white over!!!!!!!!!! 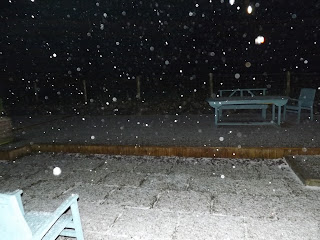