A Spoonbill Great Tit and So Much More

The day started off reasonably well, with 3 Robins firstly out of the net. Soon afterwards we were joined by a few Blue Tits and quite a few Great Tits. You would never guess what I held in my hand today; a "Spoon Billed" Great Tit, I mean who would of thought it.

We caught this Great Tit during the morning ringing session. 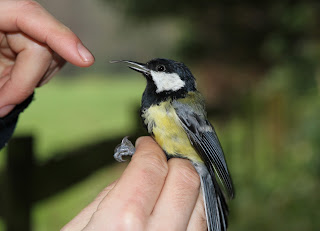 Birds bills can occur like that sometimes, and how it has fed I will never know, but it appeared to be quite healthy (at least it didn't give me a painful bite). The BTO have a page on their website about deformed beaks called the Big Garden Beak Watch 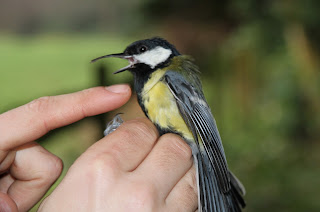 There was quite a bit of Coal Tit action going on today, probably one of my favorite tits. 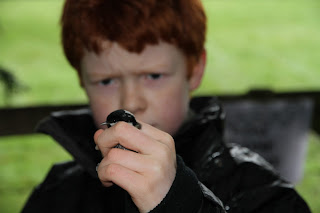 We were joined by a special guest from Anglesey today called Kathy James. She joined us in the roost session; she seemed really enthusiastic about bird watching and ringing. Kathy's website is called Nature Bites. 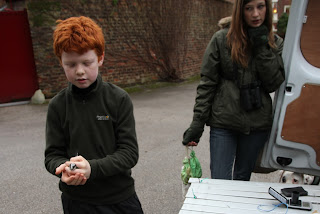 After the first session of ringing we were told we were meeting Kathy at two o clock, which gave us time to have lunch and do a bit of wader bird watching at Hightown. On the far side you can see Common Redshank.

This big flock of gulls and waders was disturbed by a rather scruffy Peregrine Falcon.

Probably one of my favorite waders, Redshank were everywhere on the mudflats. 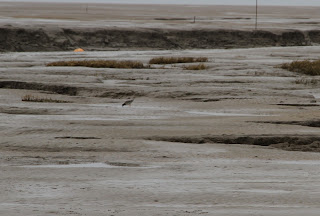 Some very lazy Shell Duck were sat motionless on the mud, however as we approached they soon fled. 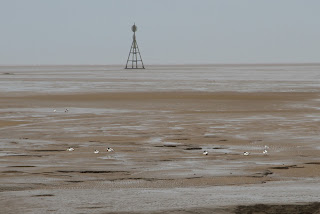 There were plenty of huge ships cruising across the water. 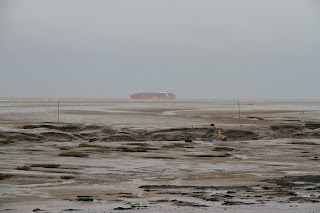 I am getting kind of excited because this gull looks a bit like a Ring Billed Gull, could someone please help identify it for me? I know Ring Billed Gulls are usually found in North America, but this bird is puzzling and some have been seen in this country in the past. It had the black tipped wings and the end of it's beak was black like the juvenile Ring Billed Gulls. I know it might just be a 1st Winter Common Gull, but it seemed to stand out a bit. 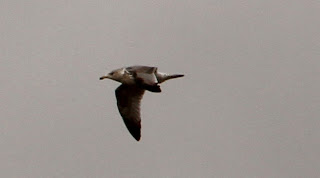 As we started on our evening roost, one of the first birds we had was a Tree Creeper. 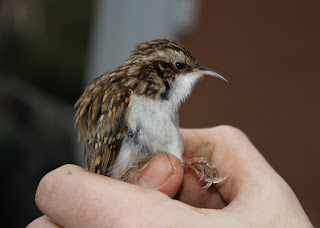 They are truly remarkable birds. Just look at those feet for climbing. I felt it's tail which is really stiff which helps it to wedge in to trees. 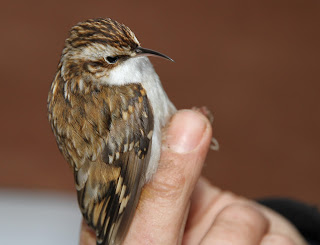 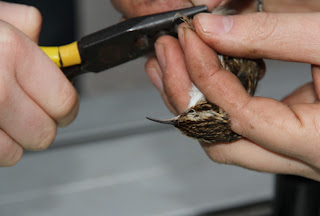 In the end we caught two, I rung one and Kathy rung the other. 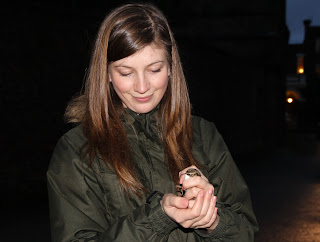 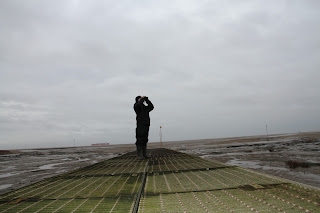