This is part 2 of my day at Martin Mere, when I met Andy and Brian who are ringers for the BTO. 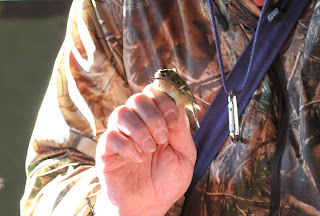 I was so interested in the fact that when Andy blew on the top of the head, burning orange flared from the crest on top of the head which proved it was a male, since the females crest doesn't flare orange underneath.﻿ 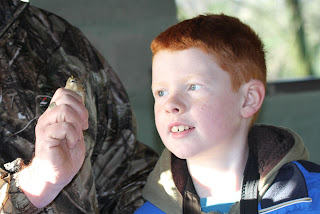 They are so small that their beak is only as long as your finger nail, however it doesn't change the fact that they are beautiful birds.

I was taught a lot that day and learned how to hold a small bird (two fingers alongside the neck and your thumb just above the Tarsus so it acts like a cage), and how to ring a bird, measure a birds wing, check to see if it's a male or a female and check to see if it's young or old. 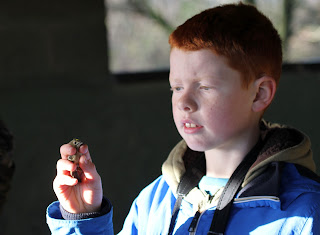 Again the most enjoyable bit was watching the bird fly free and unharmed at the end. 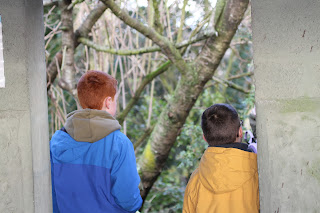 I think I've got a head start to being a good bird ringer. I just can't wait to start my training.