As it is Winter I decided to visit Burton Mere and to my delight there were about 6 Whooper Swans swimming around in the water. 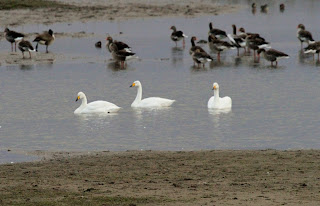 And of course I didn't just look at the Swans, I also looked at the waders and since the tide was in at the estuary there were about 400 Black tailed Godwits and about 30 Redshank on the mere.

Eventually they all took off together which looked was absolutely extraordinary. 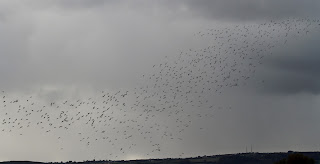 There were plenty of geese there, especially Greylag, however in comparison  there were no where near as many as the reserve at Martin Mere. 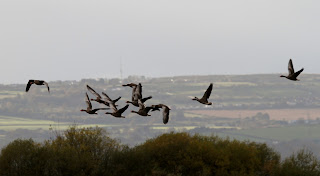 When I was at the second hide I looked through the window and saw a wondeful looking sky. 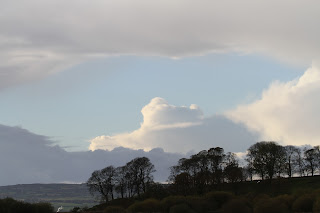 It was great to see Austin and I want to say a special thankyou to the person who let me look through his telescope.
Posted by Findlay Wilde at 19:37